The Year of the Moves…

Bwana asi fifwi! (Praise be the Lord’s name) Our Father is truly and forever… Waminifu na Kweli (Faithful and True)! Let us tell you two amazing things that took place this week. Last week we posted that after years of searching we had finally located a possible place to purchase. A place we could live together with the people we work with. A place with a guest house for visitors and a place to take care of people. 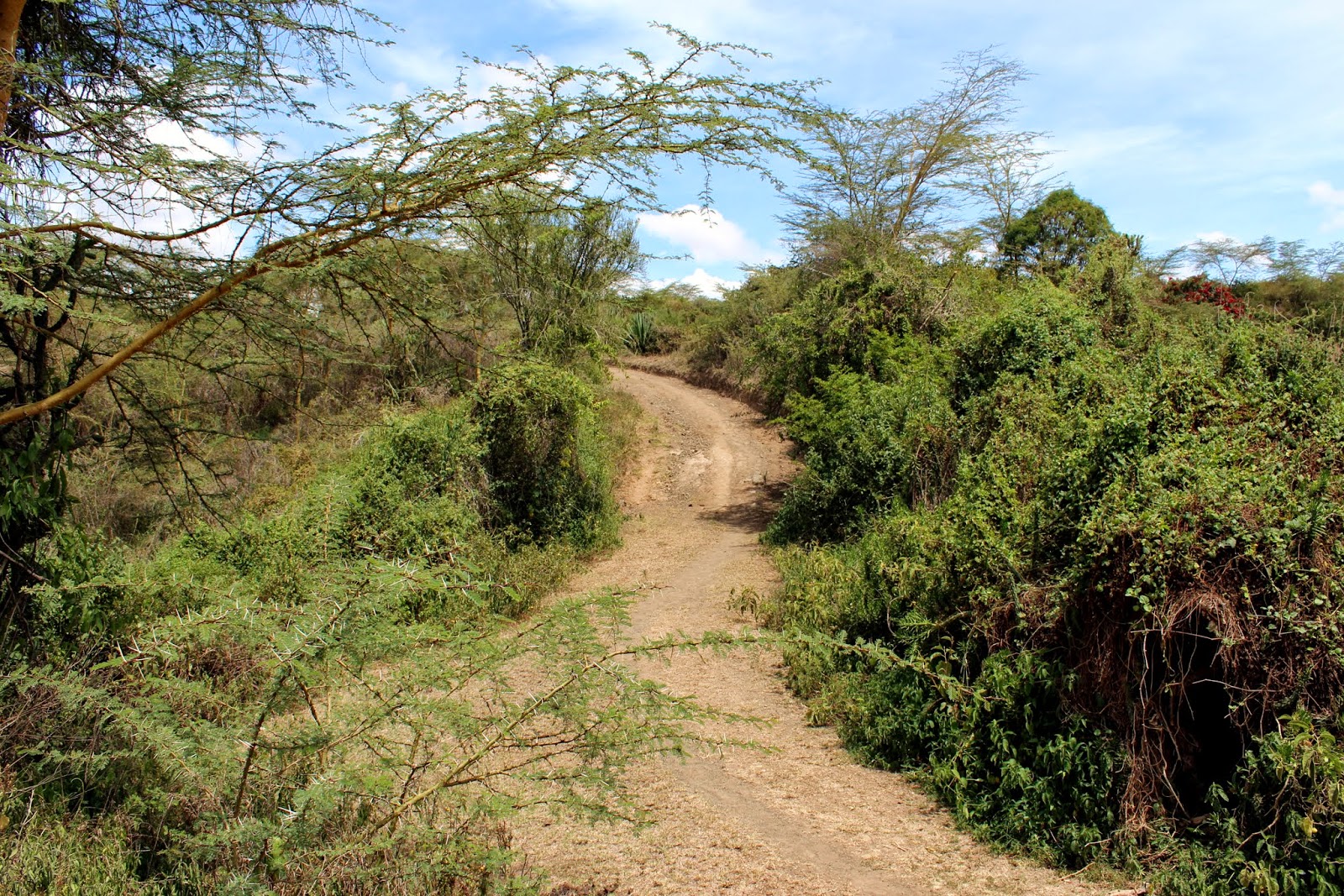 the land we’re hoping to buy. It was so much fun. Lydia and the kids were as excited about the land as we are. After lunch and some great exploring it started to rain but none of us cared. We all got drenched but it was a real hoot. The children’s reaction to ‘Solid Rock’ was reflective of what all of us had been feeling. Lydia, their mother and our good friend, loved it too… even when we had to push her car in the rain to make it up the hill. It really was a lot of fun. 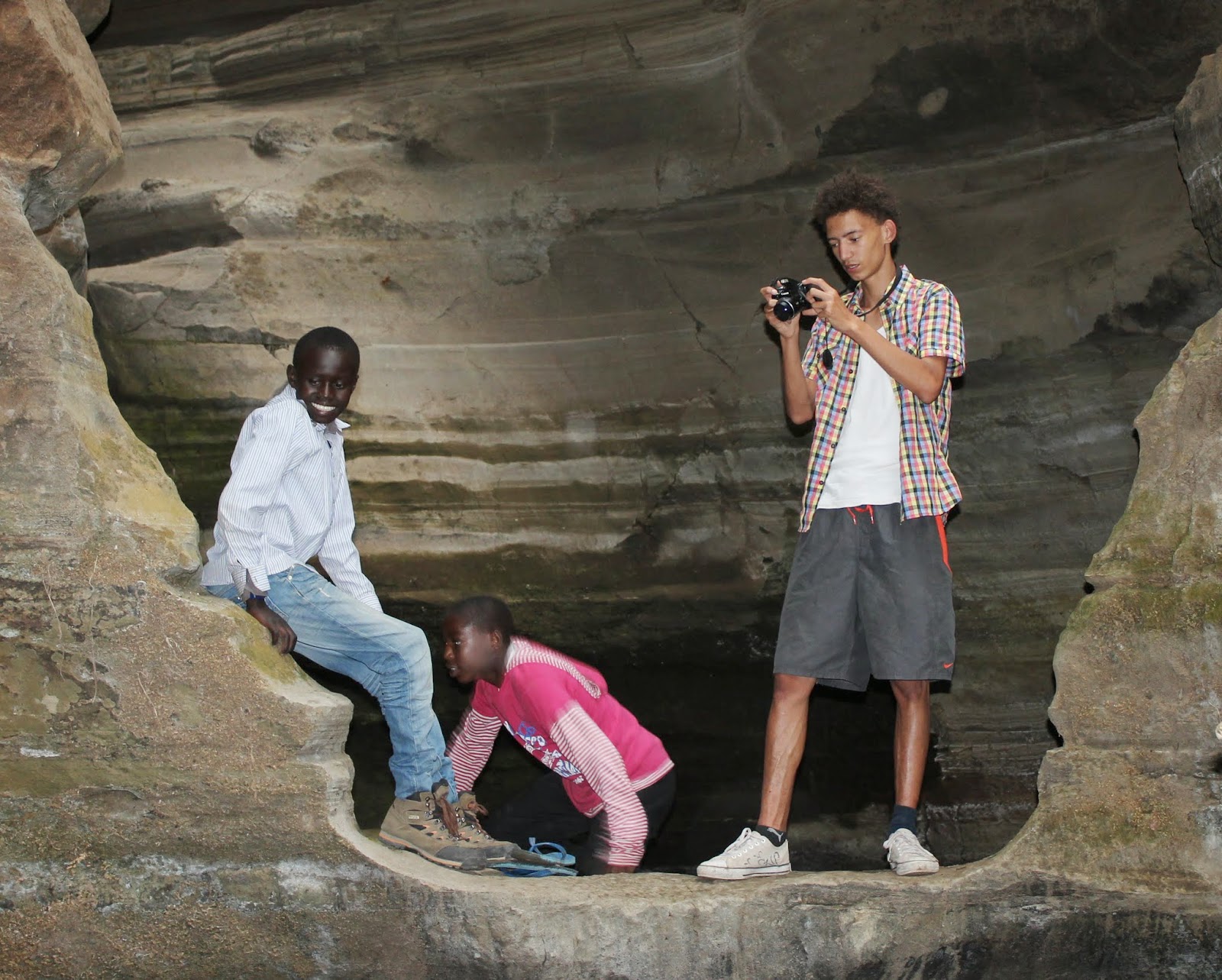 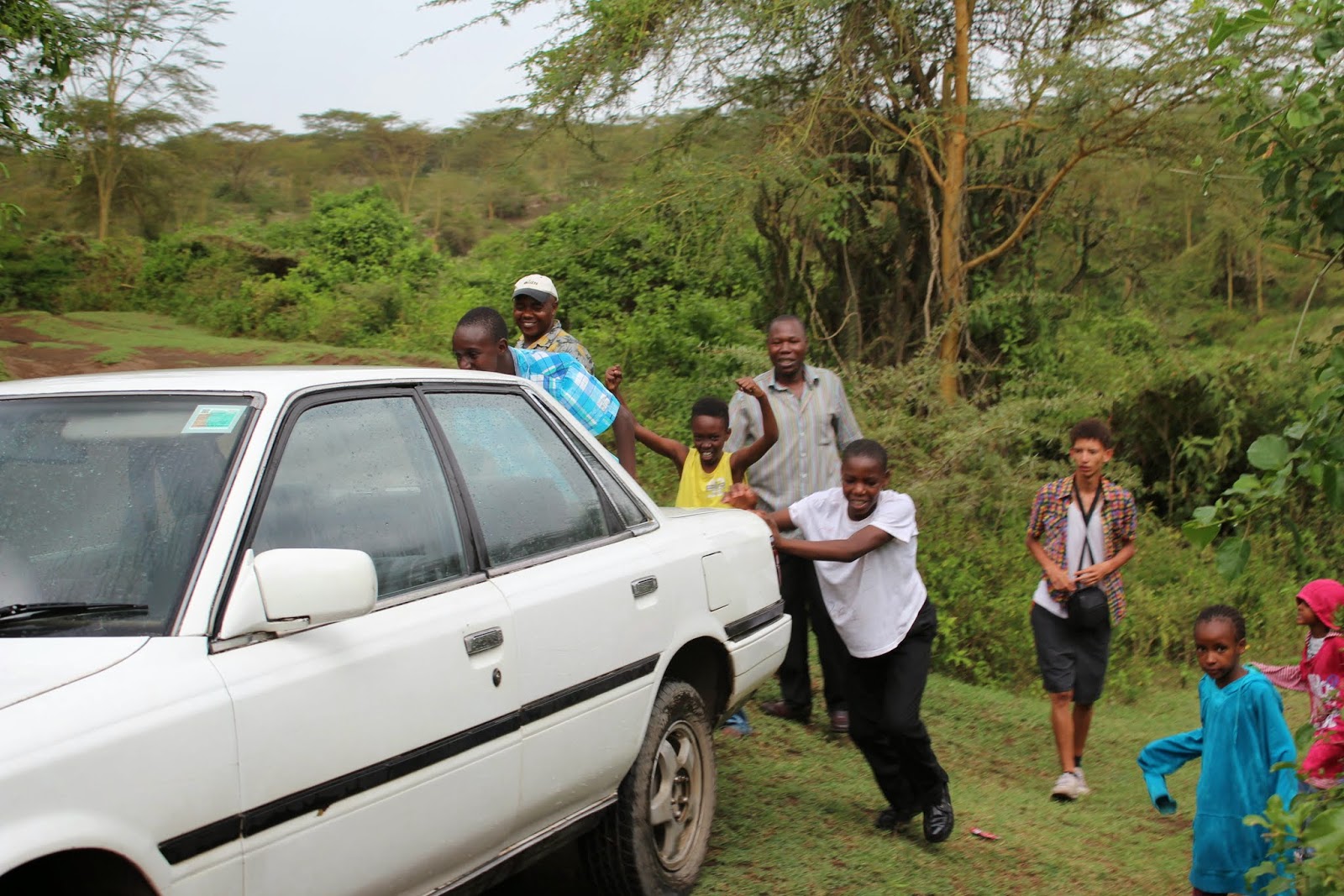 Returning home that evening, Cynthia and I decided to let all of our family and friends back home know about our desires and plans concerning this beautiful piece of land we now call Solid Rock Christian Community .

On  Tuesday the 20th… it was with much fear and trembling that we posted our pictures and told our story. At the end of the post we asked everyone to speak to us if they had any questions or advice. We were still hoping and praying it was His blessed voice we were hearing and not just our excitement over the land. Yet we wanted to know for sure that it was Him leading us in starting a Christian community in Nakuru. With little visible means of buying any property, it would certainly require God’s amen and blessing.
The view from the top of Solid Rock … 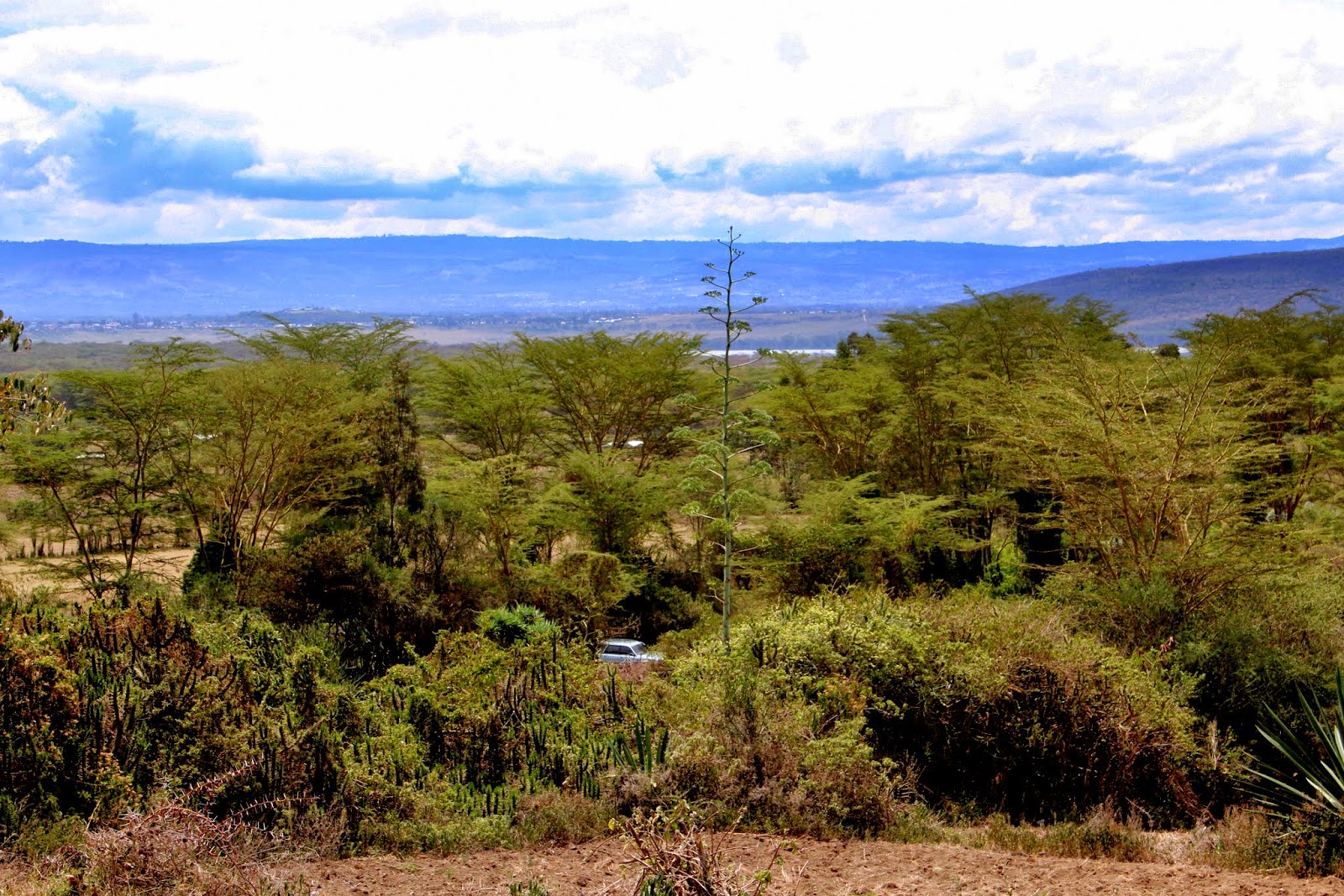 But on Thursday morning the 23rd of May we felt we could confidently say He had spoken to our hearts from heaven and given us His approval. Here’s what happened.

Two Amazing Events…
First… As we previously stated we posted our story on Tuesday May 21.  That next day I had was talking to our leaders and several other Kenyan pastors about needing to ‘shepherd the flock’ out of concern for the well being of God’s children and not for the want of money. I told them God provides where He guides. I then said to them… it is better to be surprised by the daily provision of God’s love than to always have unlimited resources at your disposal.
Returning home, I wondered how our Father would demonstrate to them the reality of those bold words. I didn’t have to wait long. The next morning we felt God place His exclamation point at the end of those bold words. Someone sent us an email saying they would be sending us a large donation towards purchasing the land! And again we were surprised by His phenomenal ever faithful love!
A small shamba (garden) at the foot of  ‘Solid Rock’… 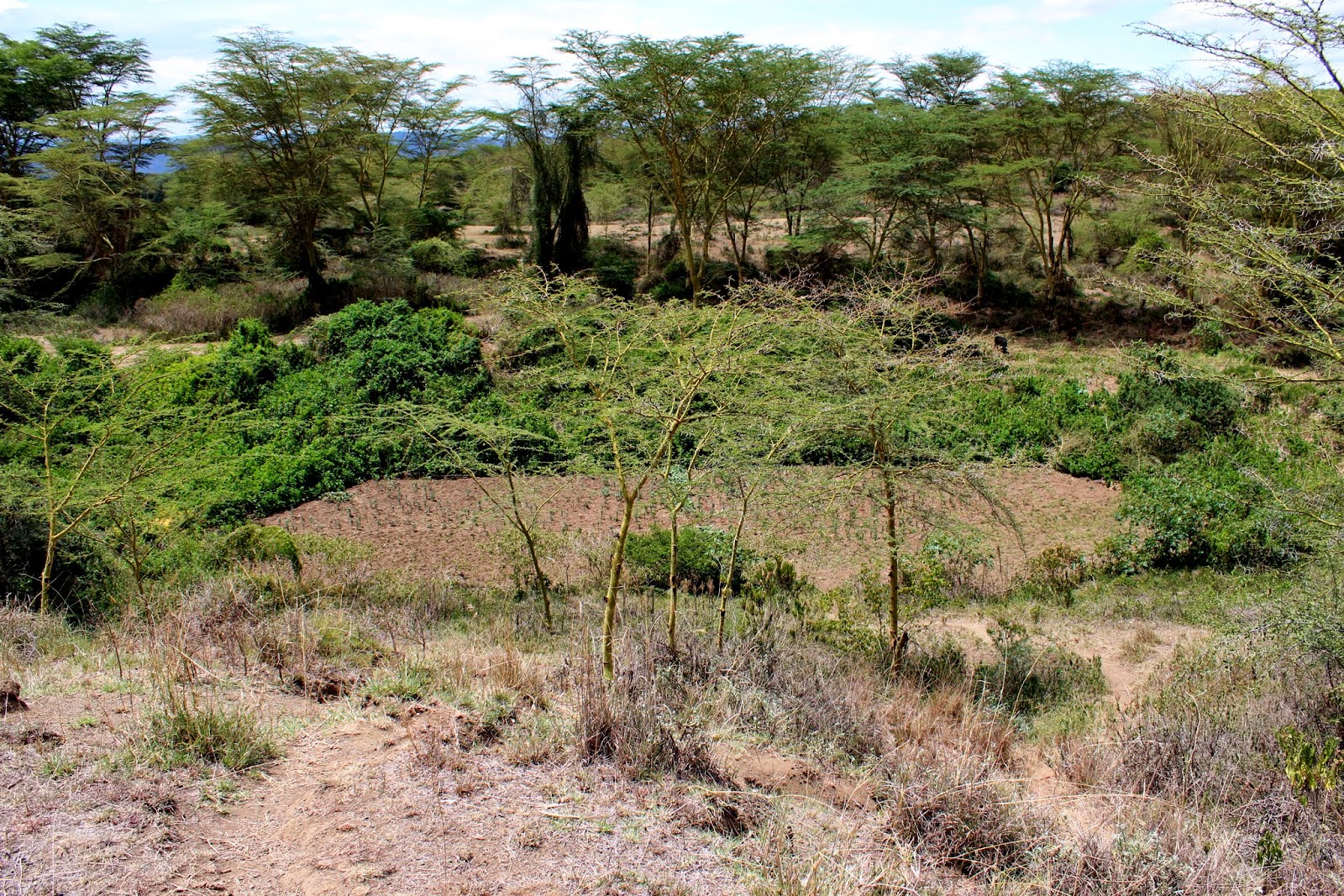 The donation would be sufficient enough for a down payment and begin the extensive legal process required to safely buy land in Kenya.
Can you picture two old folks jumping up and down shouting Hallelujah?
We couldn’t wait to tell James and his wife Beatrice the good news. They have labored with us this whole time trusting that if our Father wanted us to have ‘Solid Rock Christian Community’ … that He would provide a way.
These pictures my wife took that Thursday morning will show James and Beatrice’s startling reaction to such great news!
For maximum effect we very somberly said to them… we have something we must tell you about ‘Solid Rock’. They braced themselves for bad news. 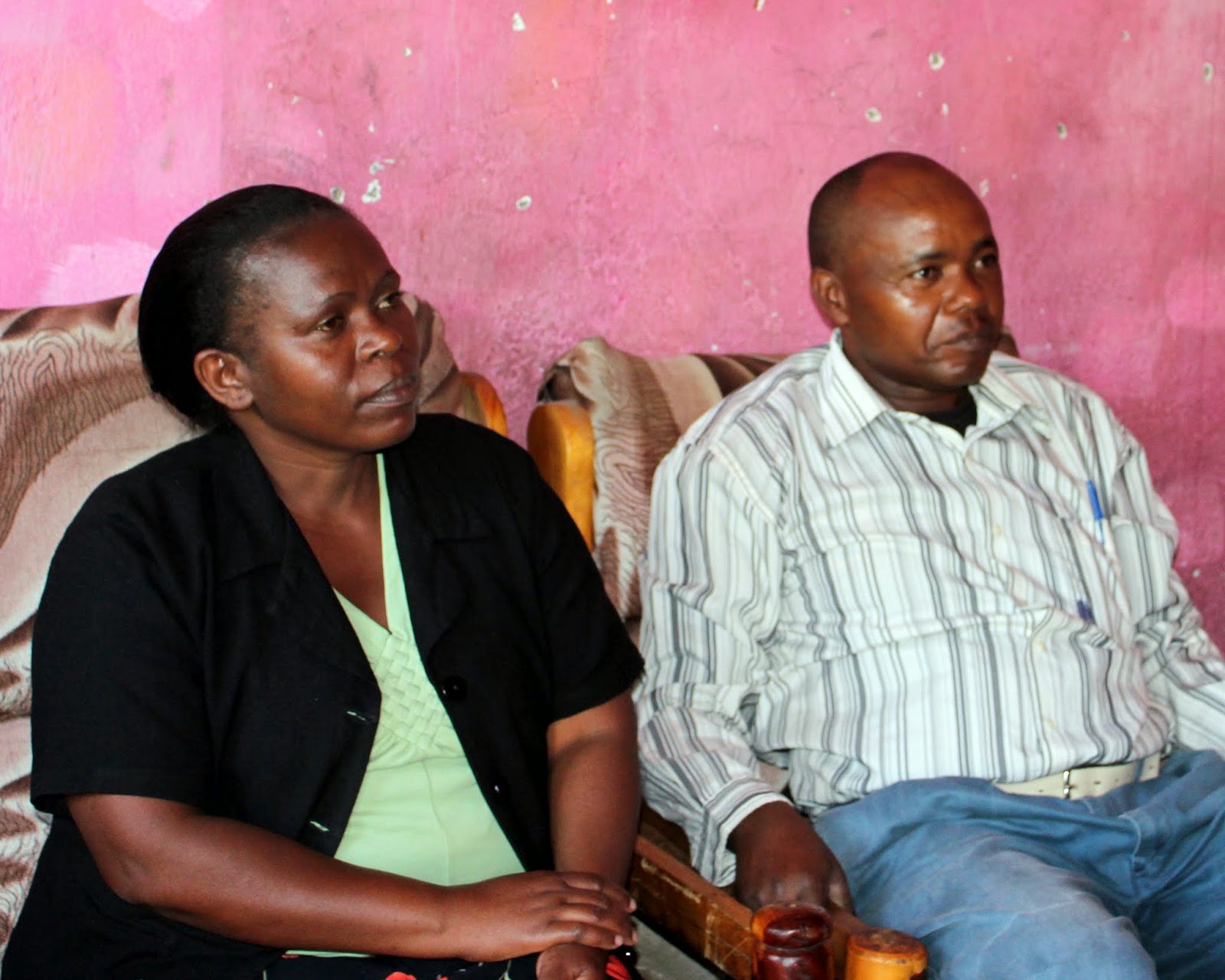 Then we told them… the good news!
They… could not believe it! Truth is … neither could we. 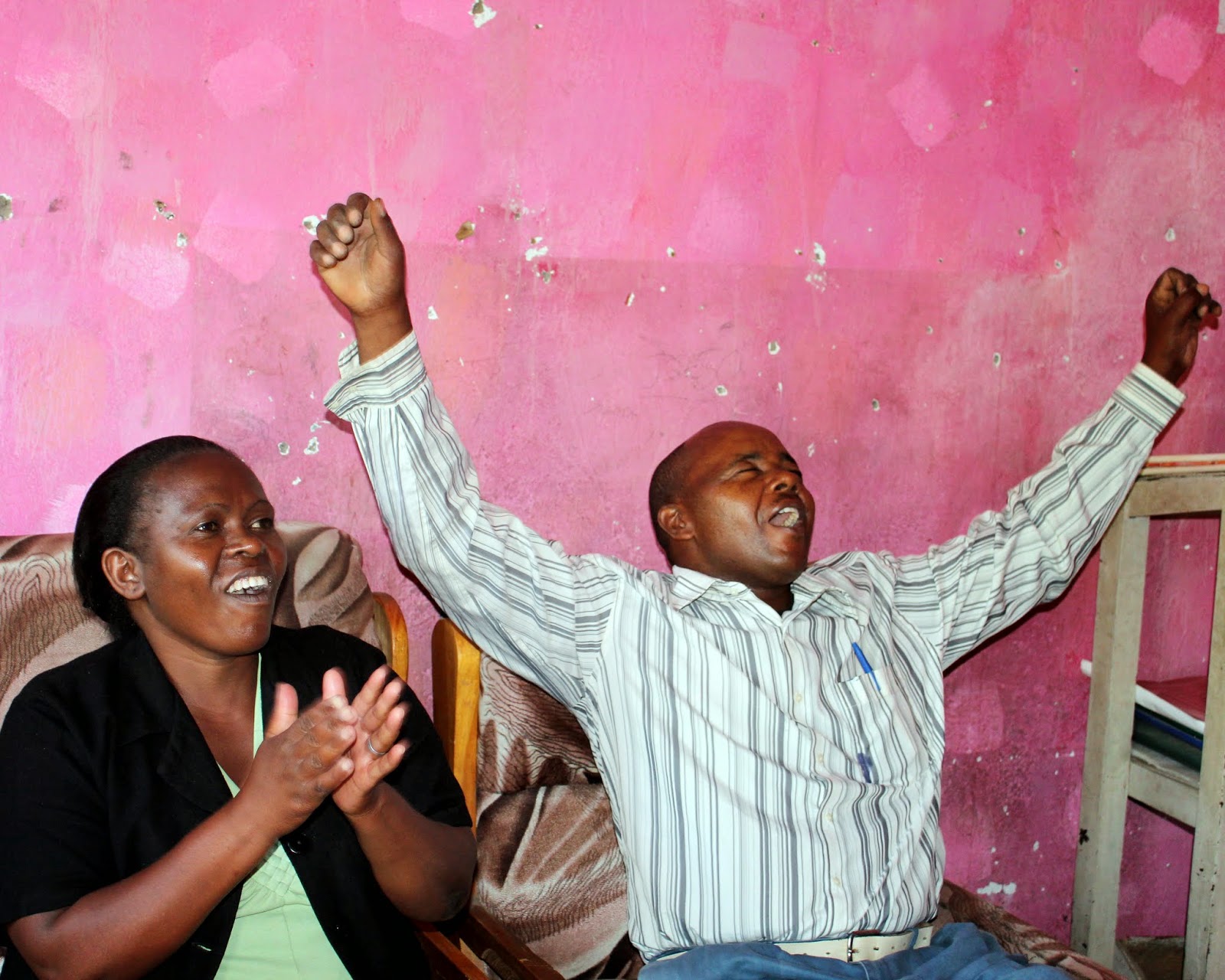 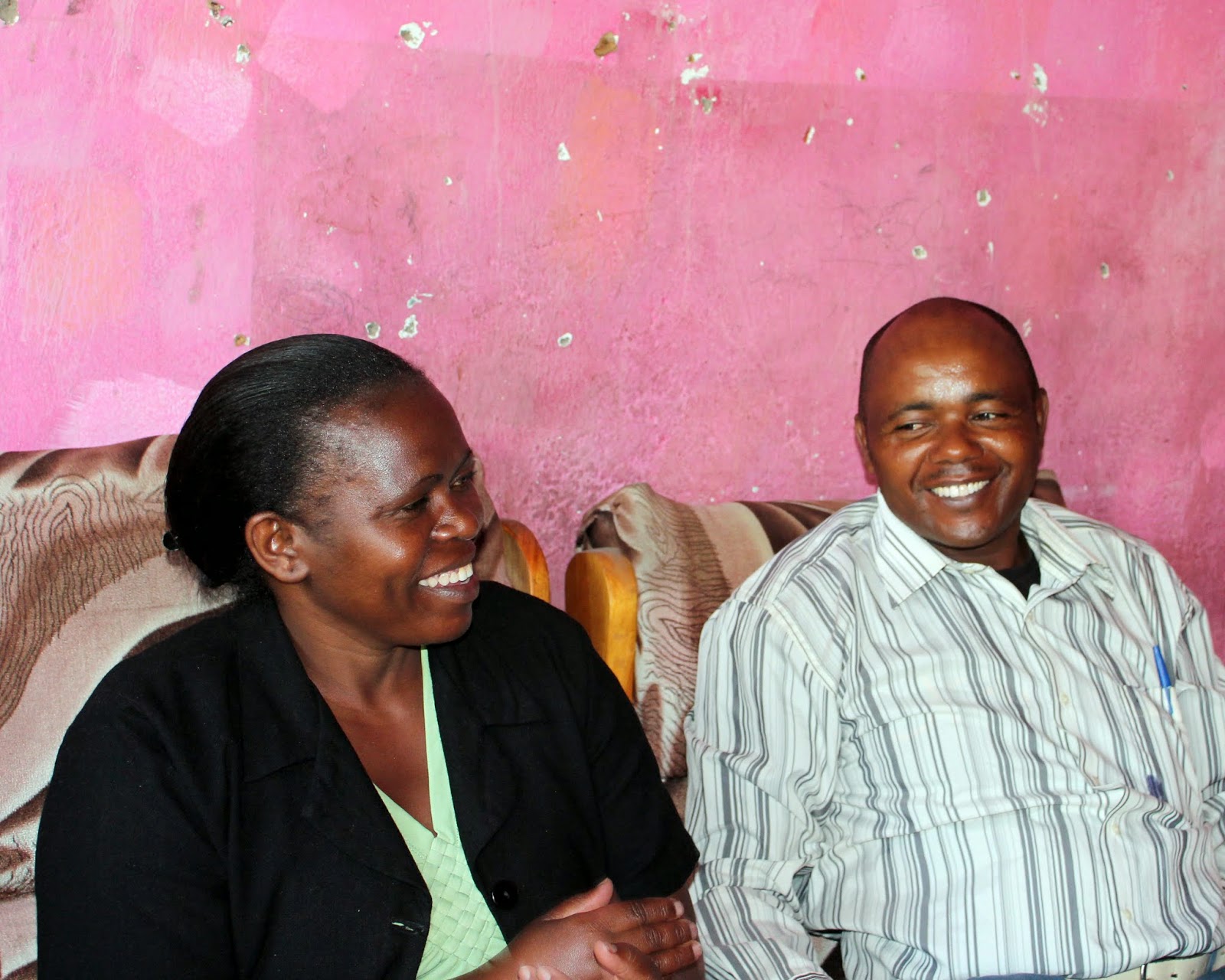 Those are not staged pictures they are their actual reactions.

Now… for the second amazing thing that happened that day.
On the way to share the good news with James and Beatrice… the Lord spoke to my spirit and said, “The devil will try to destroy your joy”. I didn’t understand what that meant, but I tucked it away in my heart.
Always remember the devil never sleeps, and will always try to ruin your joy over what God has blessed you with. But our God is always one step ahead of him.
Four days before that Thursday morning, someone one of the StoneHouse Academy staff informed me that the renewal of our school license hadn’t been paid yet. It was supposed to have been paid in January.
The small rock quarry at the top of ‘Solid Rock’ … 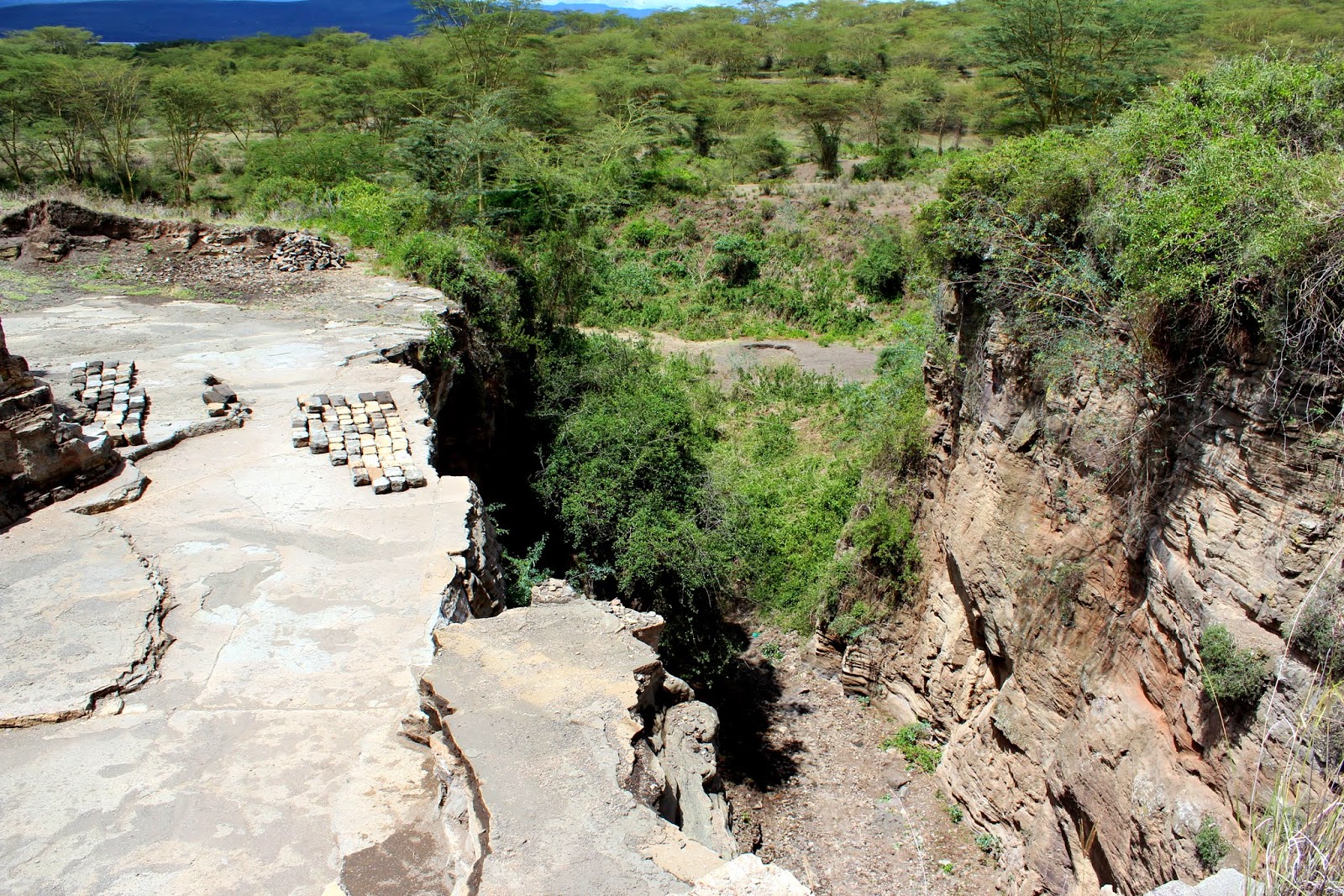 Needless to say I was pretty upset that they hadn’t informed us until five months later. This was serious, and became a major problem as you will see.
We immediately began to try and figure out how to come up with the money. We at least did go to the licensing office to fill out the necessary paper work. The next day, thank heaven, we remembered, my social security check was coming and we calculated that after paying the school rent there should be enough to pay the renewal fee. That would be on Thursday morning….We didn’t make it.

Seconds after sharing with James and Beatrice and taking pictures of their wonderful reaction, seven governmental officials walked in the school office an arrested James! 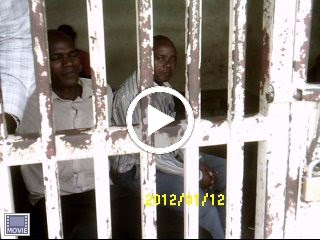 We did find out later that a disgruntled school cook we had to let go for her treatment of the students had turned us in. But there was nothing to say as we had failed to obey the law. They promptly took James to jail and scheduled the court trial for that afternoon. Our hearts sank… but knowing that our Father had previously warned us, we maintained our joy. It was in His hands.
The officials arresting James initially told us the fine would be a mandatory 40,000 ksh ($450.00 dollars). And that it had to be paid before James could be released from jail. The 40,000 ksh fine was in access of paying the 24,000 ksh license renewal cost. That’s 64,000 shillings total ($720.00 American dollars). Ouch!
There is never even half of that kind of money just lying around. So as they stuffed James in the van and drove off, Cynthia and I began racking our brain how we could come up with the money.
We were scratching everywhere, trying to figure out how to raise the funds. We so much didn’t want James to spend the night in a Kenyan jail cell (they aren’t nice). Neither did our heavenly Father. Shortly before we left the school Cynthia told the teachers to start praying for God’s mercy … and God heard them.
The entrance to the gorge on the west side of ‘Solid Rock CC’… 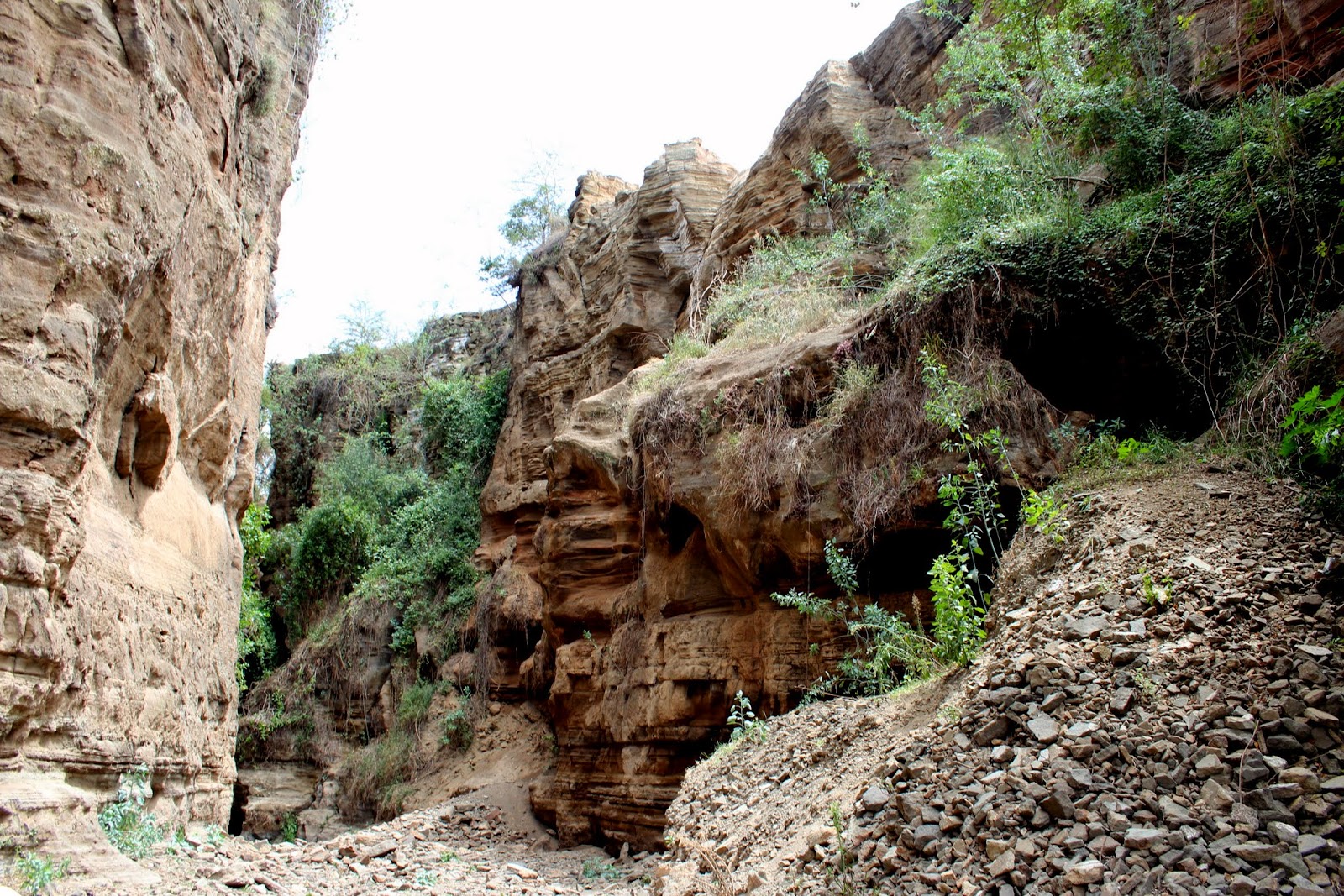 After we finally collected 35,000 shillings (about $400 dollars) and brought the money to one of our faithful brothers, Njeroge Kennedy. Njeroge ran to pay the license renewal fee and then took the receipt to the judge.
The Lord touched the heart of the judge who showed mercy to James by letting him off with only an 8,000 ksh ($90.00 dollars) late payment fee. We had enough to pay the fine and James went home that night praising a very merciful God.
This debacle will not happen again as we have told Lucy, our new school secretary, to always inform us of any late fees or other problems as soon as they happen.
We want all those who are praying and supporting us to continue traveling with us on this exciting adventure that will become known as ‘Solid Rock Christian Community’. We cannot believe that our Father is letting us come together as a Christian community AGAIN!
We still have a long way to go… legal processes, building structures, getting the electric and so forth, but we know through the love of our Father and the prayers of His children we will prevail and possess that land. We are definitely on our way!
Mungu awa bariki sana! (May God bless you much)