Journey to Kitali and the Rafiki Church Gathering 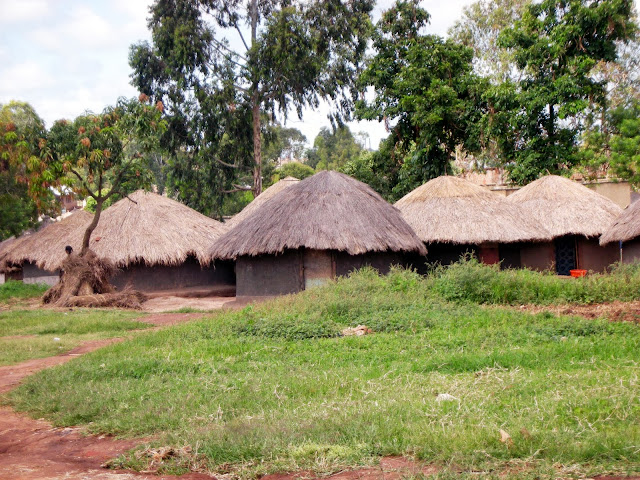 Last weekend part of the SMI’s (StoneHouse Ministries International) crew (James, Vincent and I) traveled to Kitali Kenya to address thirty five or more Kenyan ‘bush’ pastors. A pastor is so called, if their congregation lives out in rural areas. Kitali is called the great food basket of Kenya. Nothing but farms as far as the eye can see. 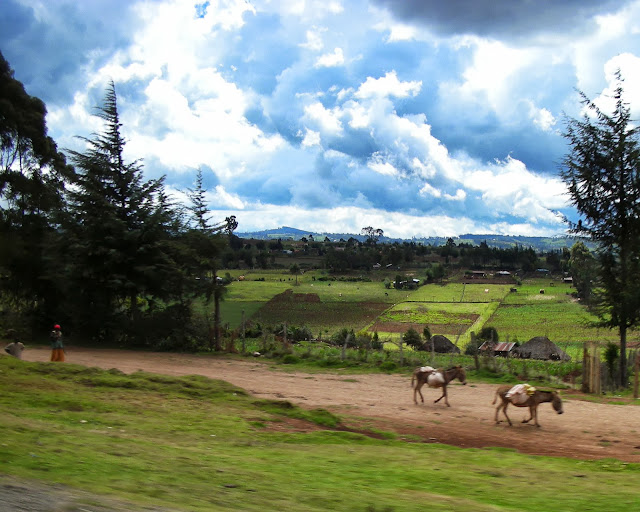 When we arrived in Kitali we spoke of the terrible testimony that had been produced through bad leadership in Kenya and what Christ expects of His shepherds today. It was some pretty strong stuff. 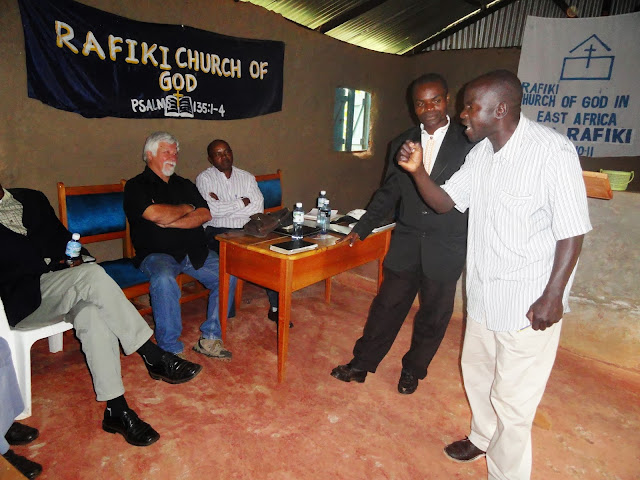 The reason we were in Kitali on that specific day was to see if these men and women really wanted a full on, three to four day conference (which we had been invited to) that would be filled with stinging  exhortations; or if they could be scared off by a two hour  dissertation on what the scriptures actually had to say about the conduct of a shepherd. 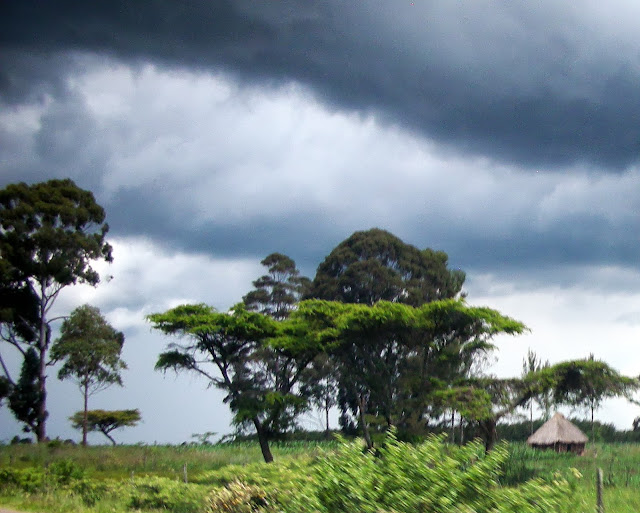 The referral to ‘stinging exhortations’ came from them reading  something I wrote for leaders called ‘The Ten Commandments for Leaders’and is the original reason they asked us to come. These ‘commandments’ are things I painfully observed to be critical for good leadership over the past forty years. They are by no means exhaustive and I am still learning to walk in them myself.
I thought when we finished they might have second thoughts about us returning in August. Boy, was I wrong.
So here’s a short travel log on how the trip transpired.
We got up early Thursday morning to go the’ Matatu Swarm’ in Nakuru called Top Market. This is where all the eight passenger vans congregate in hopes of snagging twelve or more paying passengers. There is no such thing as advance tickets, you just show up and try to find someone going to where you want to go. Then negotiate the price and squeeze in. There is always at least seventy to eighty Matatus (small vans crammed with twelve or more people) at Top Market coming in and going out all day long and late into the night.
We arrived at Top Market eight oclock A.M. Thursday morning and finally found a small van (capacity: nine squished people) going non-stop to Kitali that day. 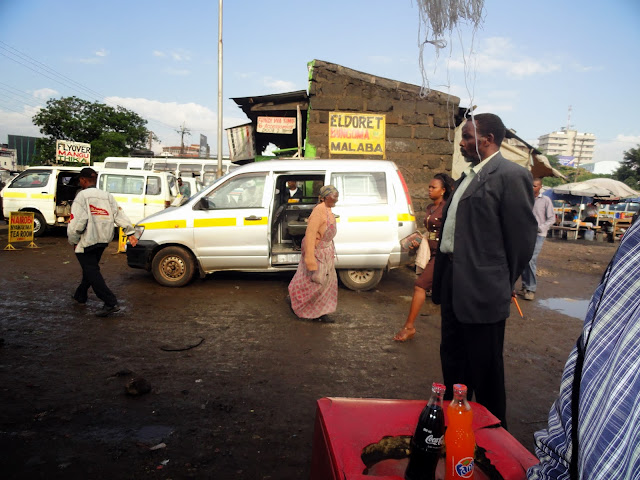 We then proceeded to a small (six by eight foot) Kiosk (fast food store) close by and had some chai while we waited for our van to fill up.  Matatus won’t leave until every single seat is taken. At almost eleven o’clock in the afternoon I finally told the driver that I would buy the last seat (six American dollars) if we could please just leave. 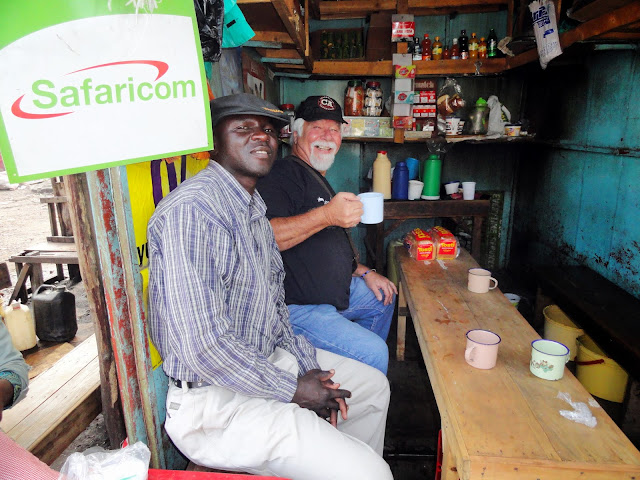 So off we went. After travelling five hours over roads that should never have been designated a road, we arrived in Kitali. We were then picked up by an old friend of James and driven a good distance out in the country. We finally arrived at the house of Brother Dominic and his wife who welcomed us into his home with the typical, warm hospitality of the Kenyan people. 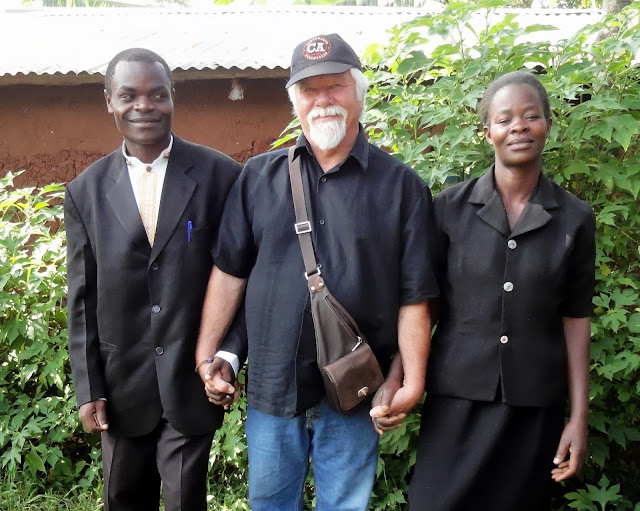 After a couple hours of fellowship and chai we were driven to the house of some missionaries that James’ friend currently worked for. They’re names were Rita and Louie and they were some of the most wonderful wazungus (white folks) we’ve ever met here here in Kenya. They’re approximately the same age as Amma and I and I can hardly remember having such a great time of fellowship. Rita cooked us a delicious meal of Spaghetti and salad topped off with the some of the best chocolate cake I’ve ever put in my mouth. After a long time of trading stories and laughing at each other’s painful Kenyan missionary experiences we headed of to bed.
Early next morning we were driven by Louie and Rita’s driver (Jame’s friend) out to Brother Dominic’s Rifiki church where over 35 pastors anxiously awaited our arrival. 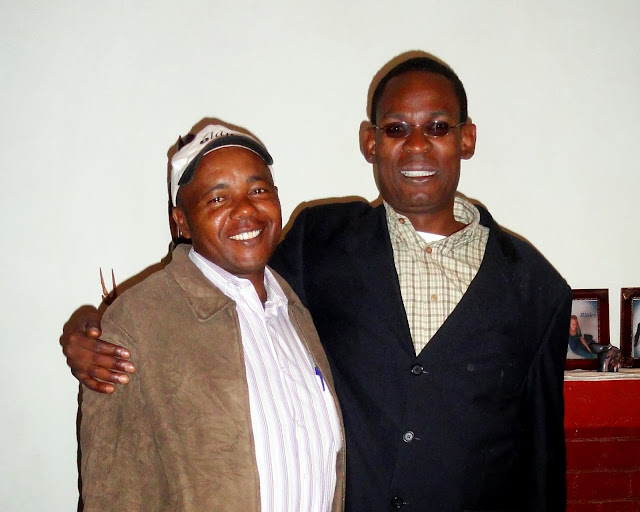 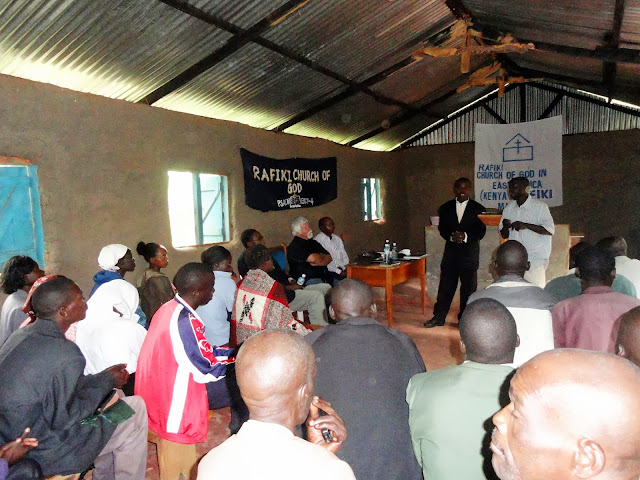 After praising God for a while, we spoke for almost three hours. When we finished all the men and women started praising God for what they had heard. Without exception all of them pleaded for us to return to teach them more. What refreshing enthusiasm. 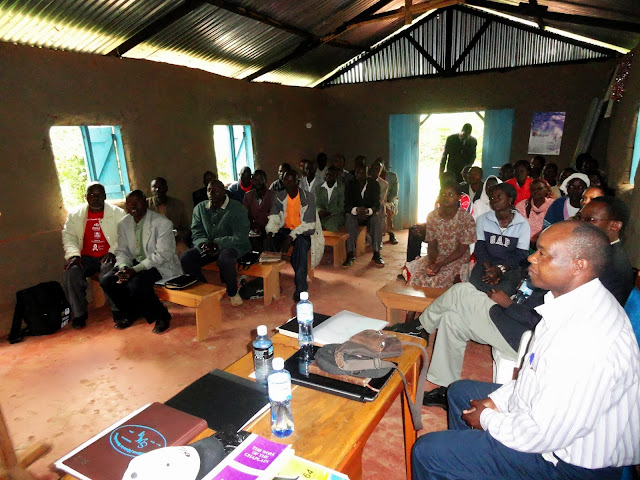 Then one after another they began bringing us gifts! Bananas, onions, garlic’s, eggs, potatoes, milk (in the coolest homemade gourd containers ever) millet, and even a chicken! I have never been so blessed or humbled by such a show of love! 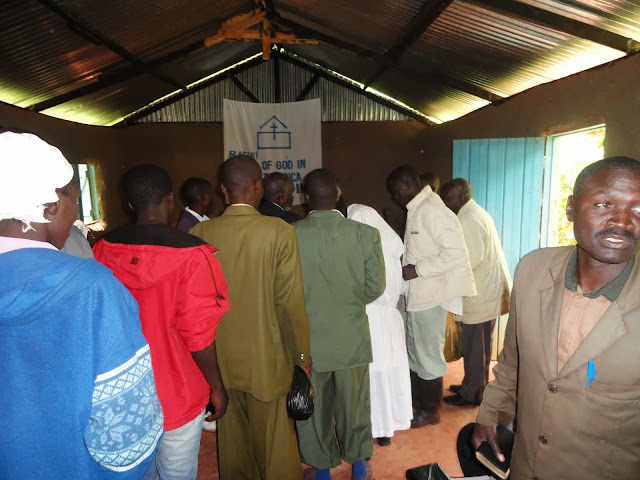 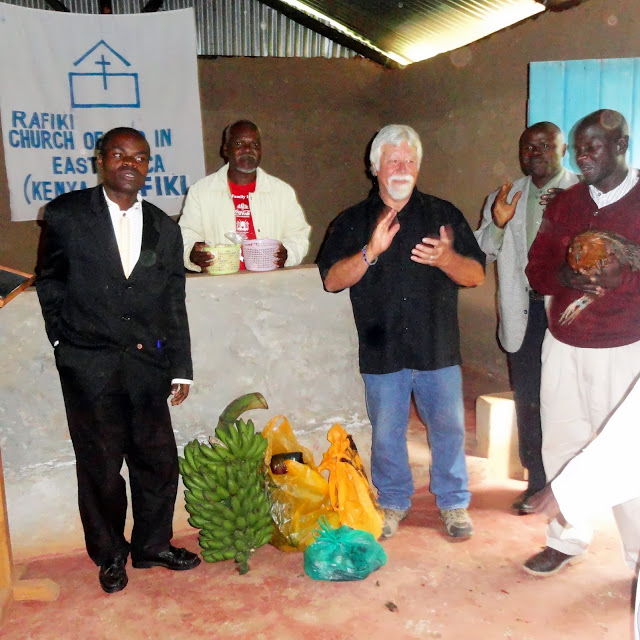 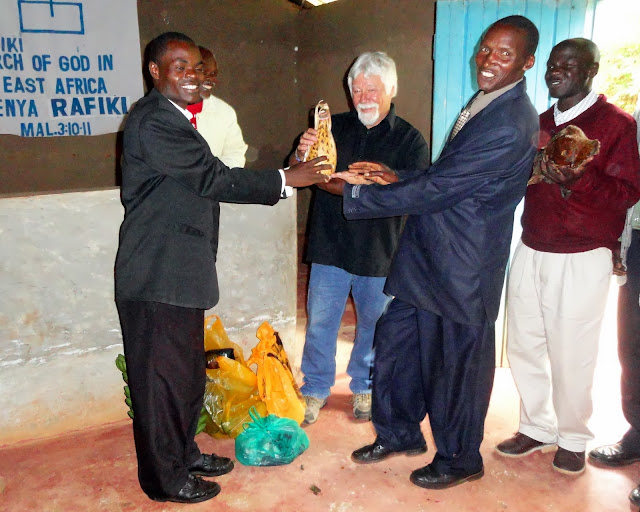 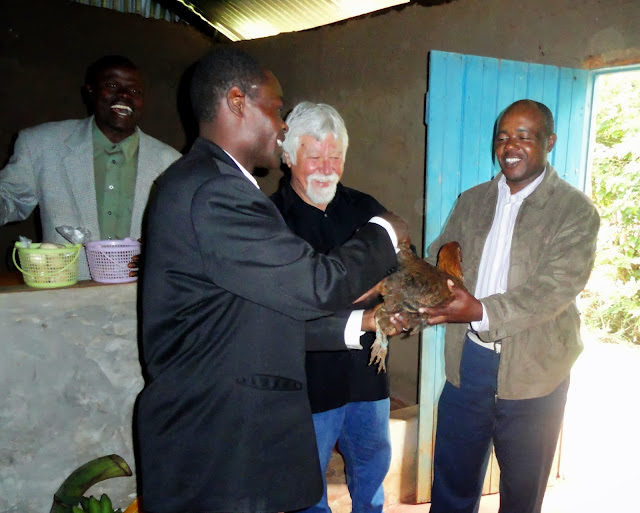 After many hugs and handshakes we headed out to Kitali to find a Matatu that would take us home to Nakuru. There was little to choose from as it was getting late. We finally found a small company that had one more van going to Nakuru. Little did we know that our driver had been sitting at a bar before he got in the driver’s seat to take us home. 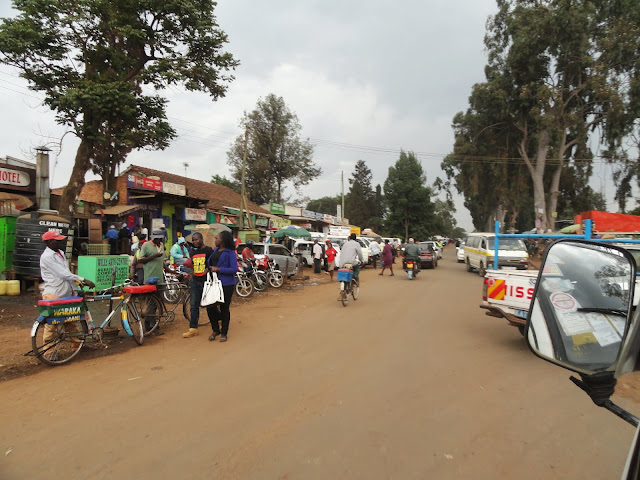 No one can imagine the strange and bizarre thoughts that run through your head when you slowly realize that your life is now in the hands of an inebriated Kenyan Matatu driver. To make matters worse, a storm broke out and it began raining cats and dogs! These are the times when you begin to repeat over and over like a mantra the words of our Lord…. ‘Into Thy hands we commit our spirits’. 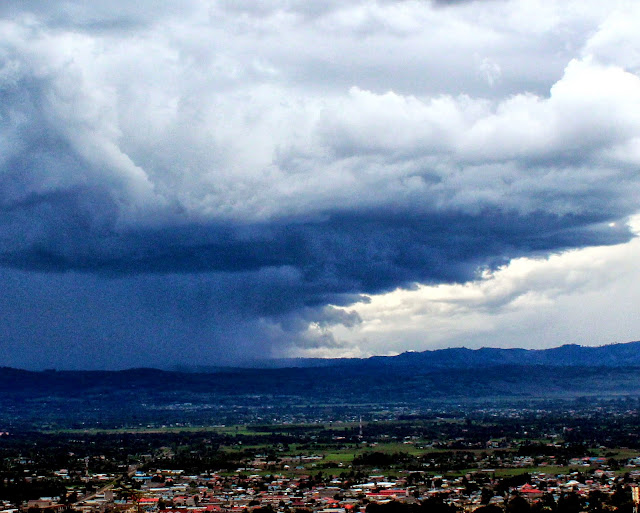 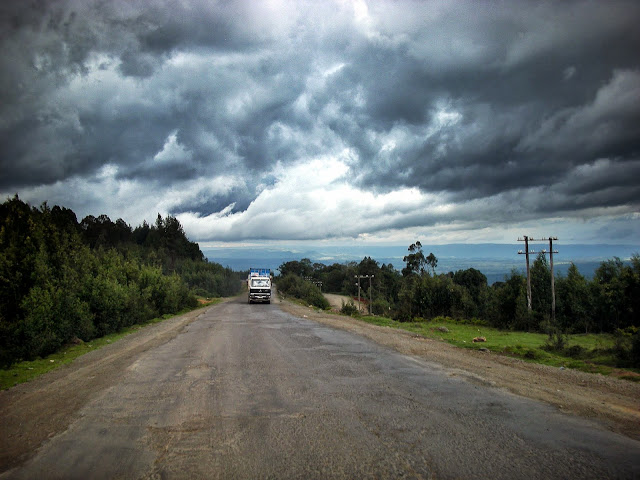 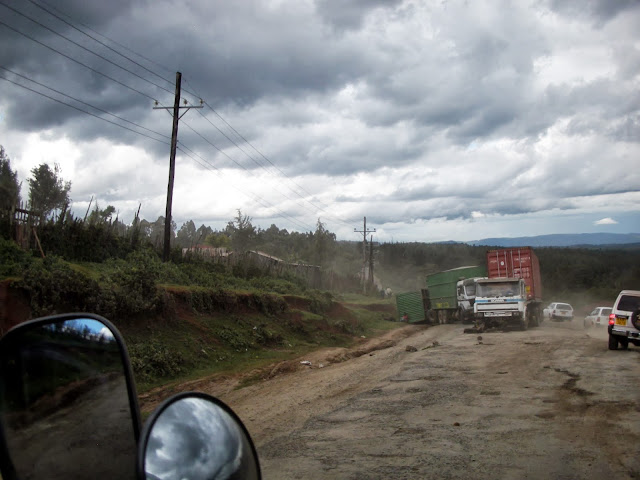 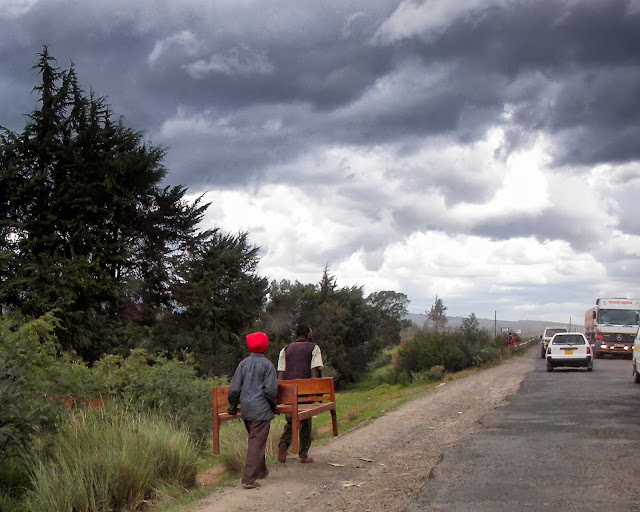 It seemed that our slightly tipsy driver wanted to stop every thirty minutes to relieve himself which extended our torture into the night. The four and a half hour journey took six and a half hours.

When we pulled into a large town called Eldoret we thought … ‘thank you God we can at least catch our breath.’ But it was not to be, because the driver decided to park on an incline, which when he exited the van, it proceeded to roll backward over a little vegetable wagon that someone had unfortunately left on the sidewalk.
Having about all they could stand, several Kenyans jumped out of the van and threatened the drivers’ life. At this point I am beginning to think …‘this is like being in a movie.’ Finally the driver got back (a little less talkative) into the car and drove us all the way back to Nakuru without further incident. Upon arriving in Nakuru several of us contemplated jumping out of the van and kissing the ground! 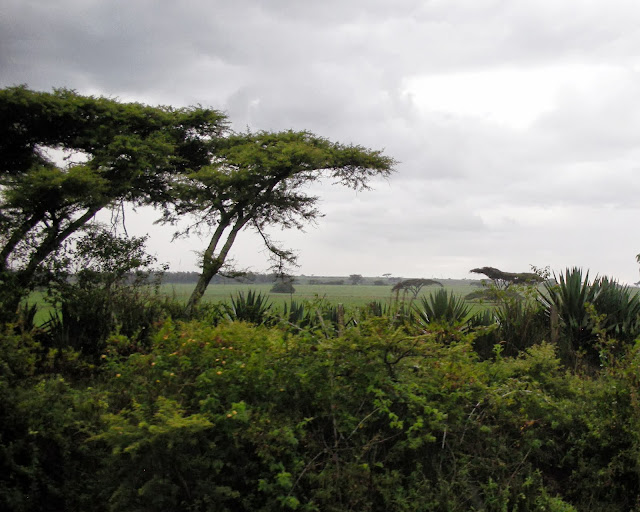 Such is life in Kenya. Our Father watches out over us or there would be no us. Keep praying, for as you can see… we need it desperately. Pray for the August conference and thanks to all those who faithfully, prayerfully, and financially support us in this incredible work.
Much love   David and Cynthia